The honey bees had arrived at this property approx. 6 weeks before us – the clean white comb reflects this.

Initially the only clue that there were honey bees house sitting was the sticky honey running thru an open screw hole in the ceiling, but the honey bees became far more apparent when scaffolding was erected for carrying out other works, including roof repairs.

So access was thru the roof utilising the scaffolding already erected; scaffolding was not in the best position for working in the valley on a steep roof so it was necessary to wear a harness and line attached to the scaffold on the other side of the dormer ridge to prevent any serious fall.

The bees were entering the roof next to the apex at the juncture of the two ridges, upon removing these tiles there was no clear evidence of them anywhere, just hundreds milling about going in no particular direction, but we found the colony 3 or 4 tiles over. It was interesting to see comb lying flat, having presumably fallen from the roof as a result of heat, which explains the honey dripping thru the ceiling.

Brood was added to the bee box followed by the bees, very luckily the queen was found at the end of the job when the tiles were being put back in position; we had thought we had collected her earlier in the cut-out but apparently not – we often find the queen out by herself when carrying out cut-outs.

It had been arranged that any repairs required were to be carried out by the onsite builder, often we will carry out these repairs ourselves but as they had works under way it made more sense for the builder to carry out the reparations; the ridge tiles will require cementing back in position and we would recommend that the felt be completely removed from both sides of the ridge line and replaced with new, as well as the insulation in the area that we had exposed, as this will reduce the likelihood of future swarms showing interest.

The bees and brood were added to the apiary this evening and given some nectar, just before it started to rain. 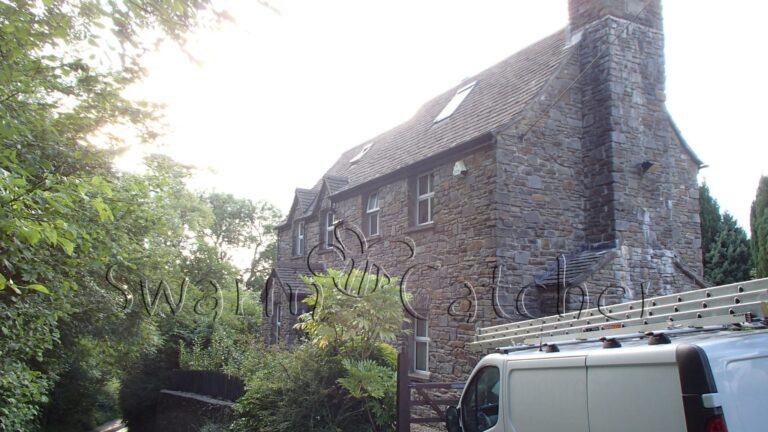 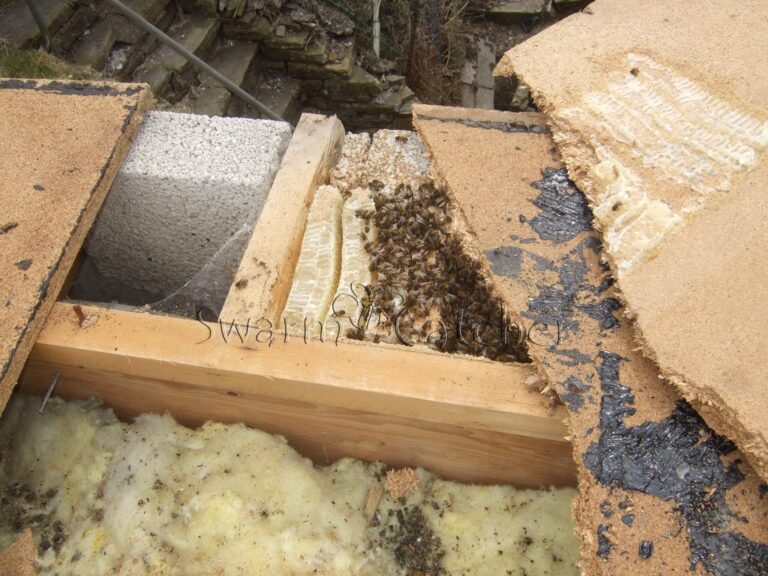 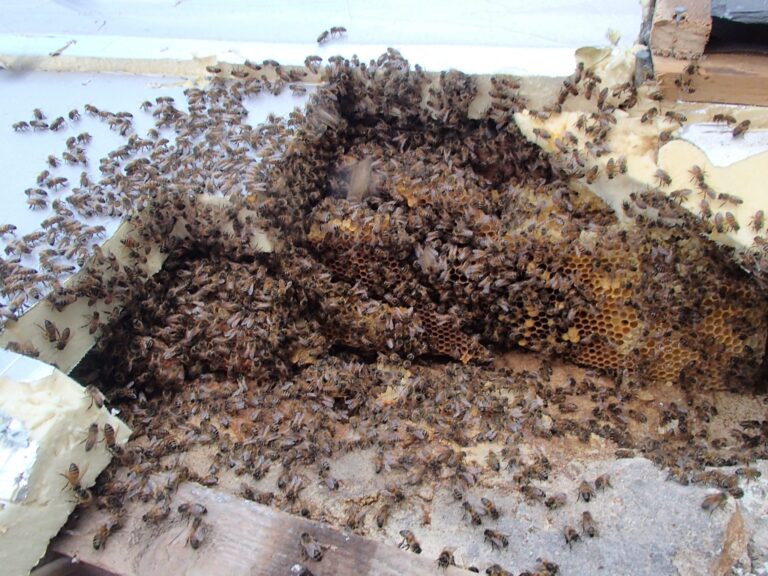 Honey Bee Nest Removal From Roof Near Bruton, Somerset Here we carried out a Honey bee nest removal from a roof of a converted barn near Bruton in Somerset, the honey bees had been in… 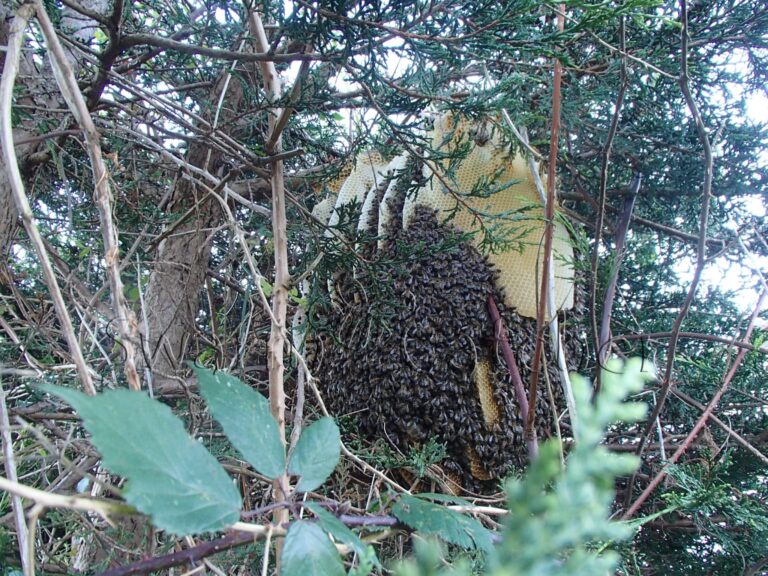 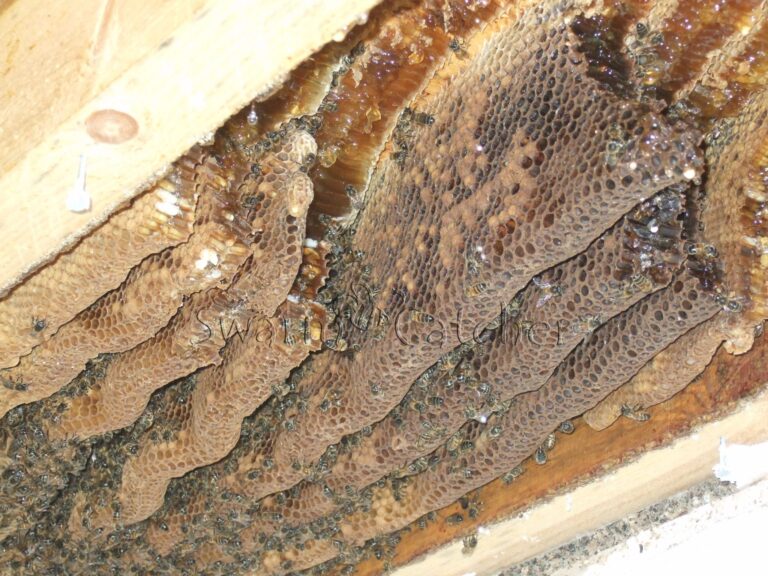 Honey Bee Cutout – Wenvoe This was one of our earlier cutouts if we had known then what we know now this would have been a much more straightforward job.  We had been expecting to…