An alternative way to get rid of honey bees is to utilise a trap-out, this is not such a common form of honey bee removal in the UK but can be very effective when used in appropriate scenarios.
We don’t tend to utilise this method these days as they can be very time consuming and are not particularly practical to implement, and the season in which they can be used for best success is quite limited.

Preparation is key to their success.
Simply put the bees are trapped out of the void that the honey bees have colonised and they are then collected in a nuc box over an extended period of time. There is far more to it than just this, and a good knowledge about bee husbandry is required to have good success.

Honey bee trap-outs takes a lot of time as they are based on the life cycle of the honey bees and the brood.

On completion of a successful trap-out, the old queen will have left the void along with the last of the bees looking after her and the newly emerged bees, to set up shop a long-way away (far from where she currently is, as this location appears very unsafe as all bees sent to forage have not returned).

The nuc box will have collected all the other bees and have produced their own queen from good stock.

These bees in the nuc box are then allowed to enter thru the old colony entrance to theoretically clean out the honey stores, on completion of this the nuc box is taken to the apiary and the old entrance sealed off.

If only it were that straightforward – it isn’t.

As beekeepers we have achieved a 100% success record on our trap-outs if one only considers the need to remove the bees and to create a 2nd nucleus utilising the trapped out bees, although some have taken a lot longer to achieve than initially expected.
But this 100% achievement is for the successful removal of the bees and for the survival of the nuc box, it does not include 100% removal of the honey stores in the original bee nest. These stores may well be diminished but experience has shown that there is still a good probability that honey remains after the completion of the trap out.

The two largest difficulties when carrying out honey bee trap-outs are the removal of any secondary entry/exit points of the void, and the ability to attract the excluded bees into the nuc box (achieved using brood from our bee hives), even then this can be a difficult time consuming process.

Honey bee trap-outs are something that we did quite a lot of in our early days. It appeared to be the least intrusive or destructive method for removing honey bees in walls. BUT as time went by we started to realise that they were not in fact as good as we had initially believed.

Certainly there is a place for honey bee trap-outs but I have to say we have not seen it as the best solution for any scenario that we have come across in recent years.

Honey bee trap-outs are not a quick & instant method for the removal of the bees. In ideal conditions it takes 6 weeks, but with British weather we find it actually takes longer than this for a variety of reasons.

This method is deemed a difficult form of removal, with many not gaining a successful result. We have not had a failure yet but it does take great care to detail (which is very time consuming, and therefore expensive) and is not straight forward. Generally trap-outs need to be carried out any time during the late spring and the summer months. We tended not to do this too late into summer so that the final swarm leaving with the old queen have a chance of survival. Although it may be better that they don’t survive and cause a problem for someone else which is another good reason for not carrying out a honey bee trap-out: the last group of bees leave as a viable swarm – in an uncontrolled manor that will likely cause a problem elsewhere.

Another good reason for not carrying out a honey bee trap-out is that the last group of bees leave as a viable swarm – in an uncontrolled manor and causing a problem elsewhere.

There are various variations on how a trap-out can be carried out dependent upon the circumstances and the desired outcome, and years ago we used to try out all sorts of methods (spent a fair bit of time discussing Hogan’s trap-out and pushing its limitations).

These days we don’t really use it as a viable solution mostly because we have proven that it does not do everything it says it does: often large stores of honey can be found left in situ unused, and this is very bad news for the long-term. 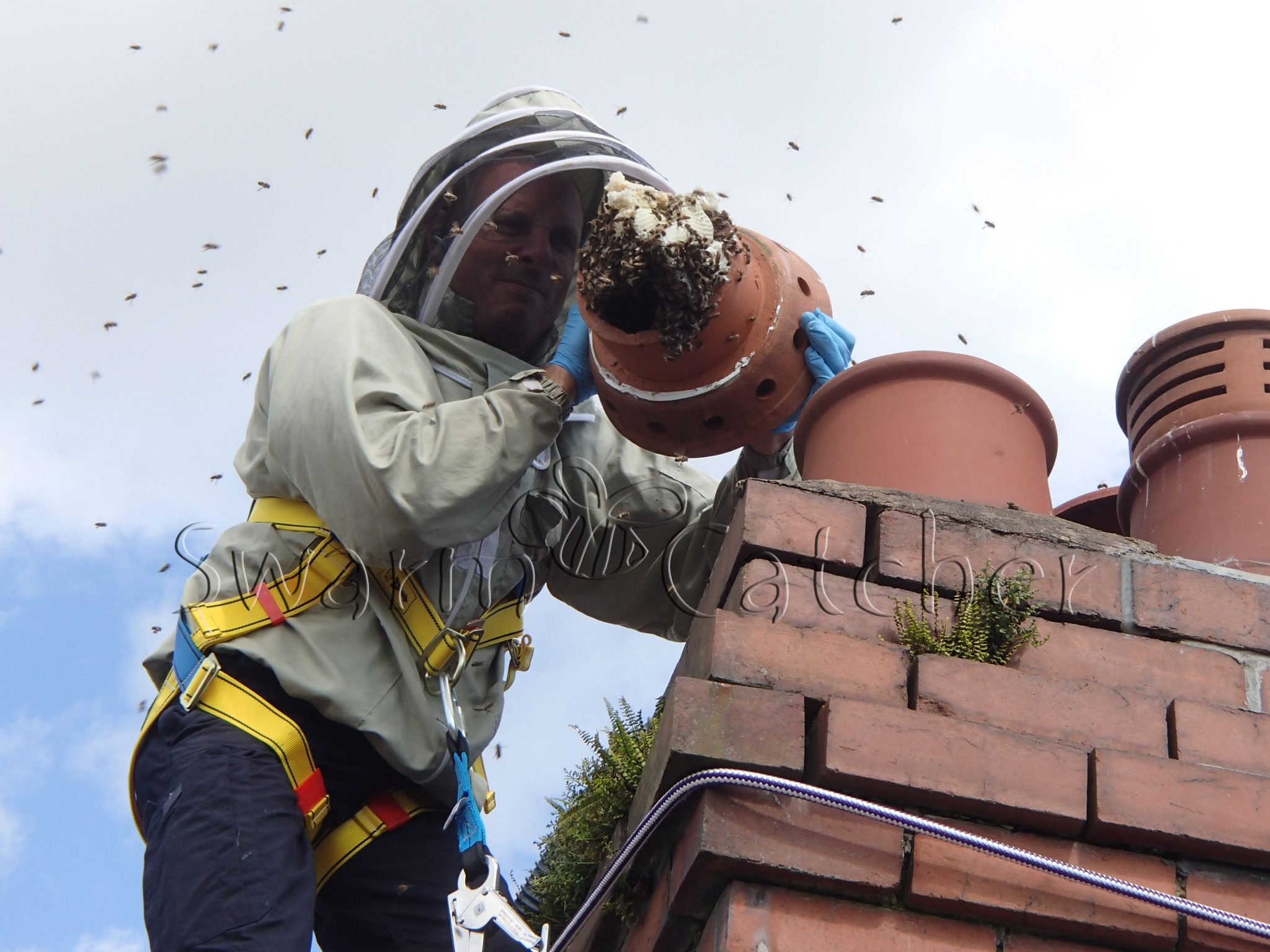 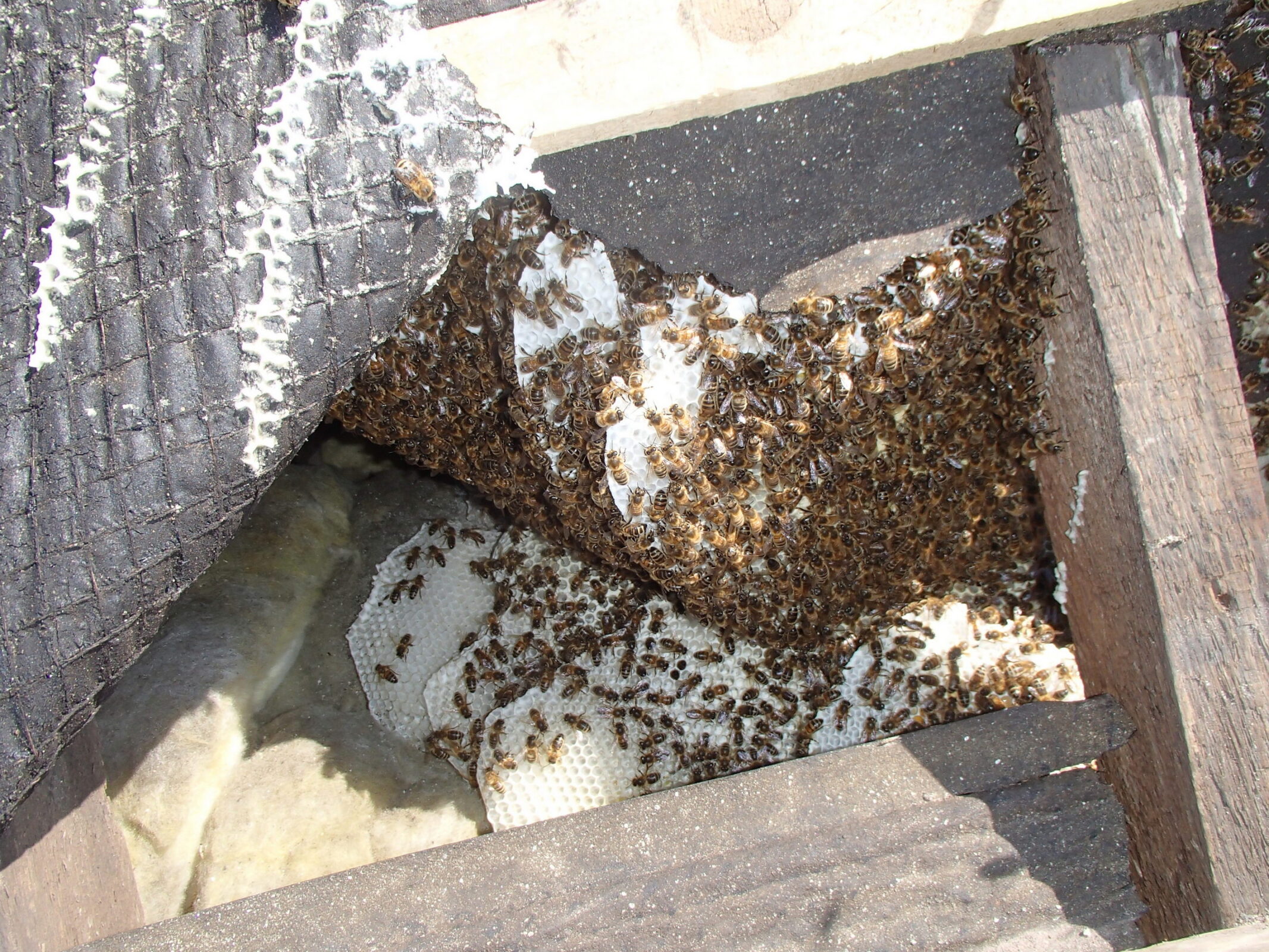 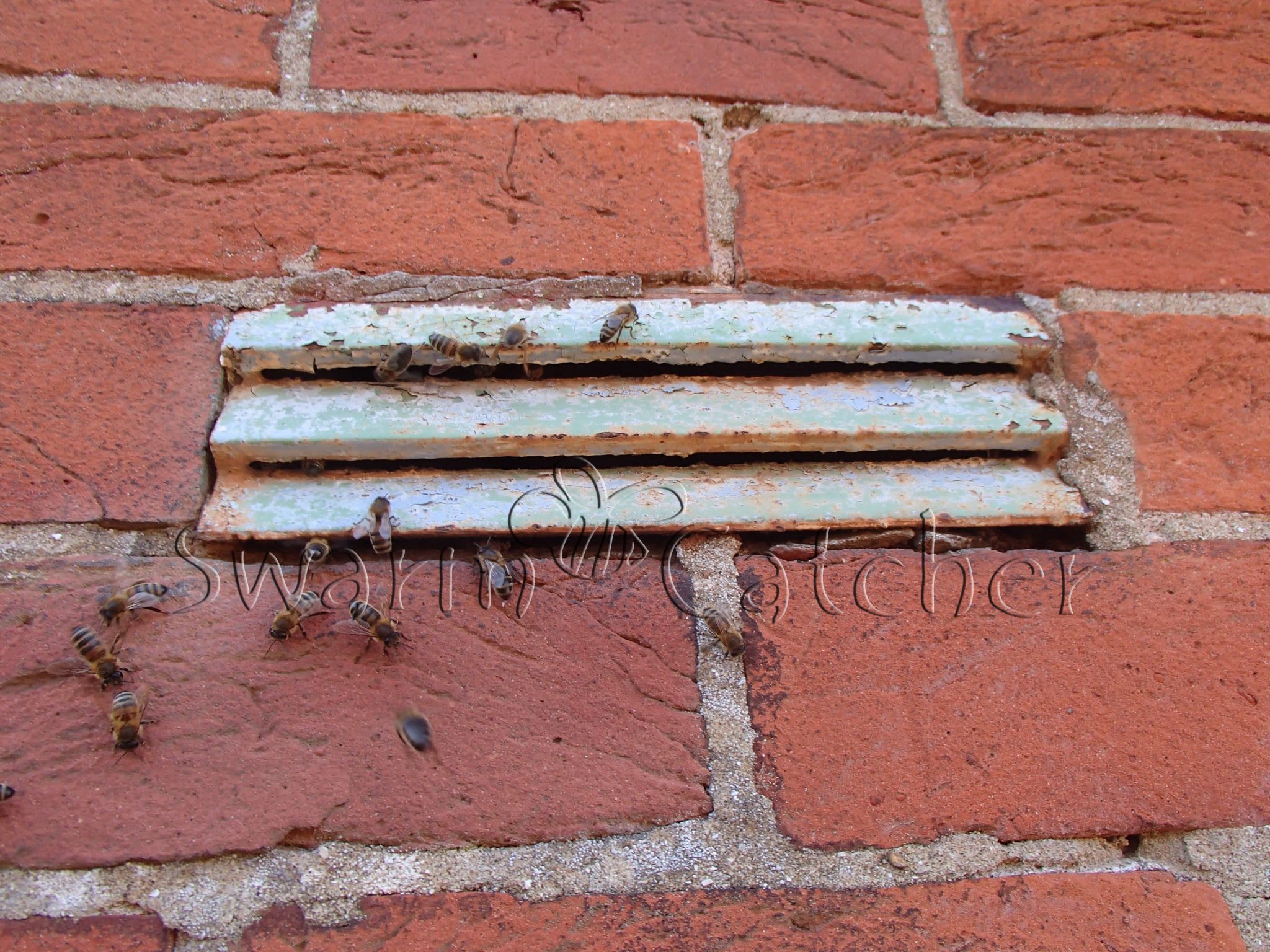