Should honey bees be poisoned 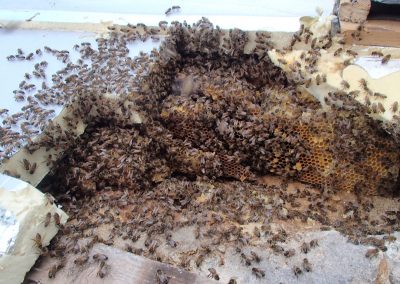 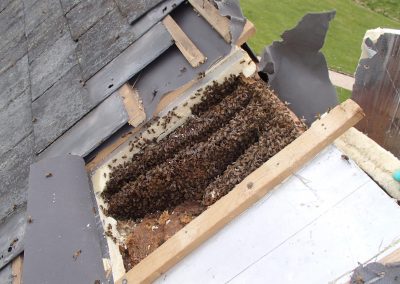 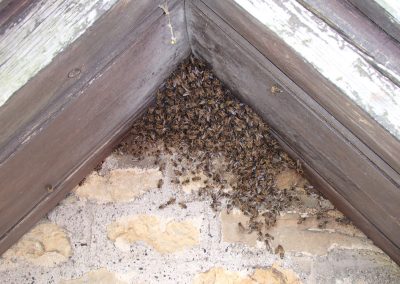 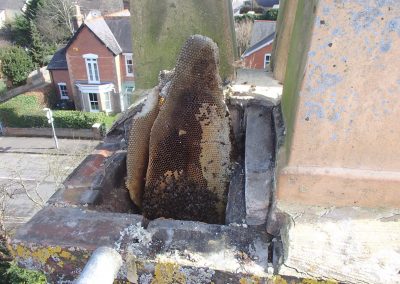 Should honey bees be poisoned by pest controllers and others? Probably not.

In October 2016 Pest Management alliance published an updated code of practice (version 3) on the management of bees emphasising that because of their beneficial role every effort should be made to avoid conducting control treatments against bees. It is a must read for all pest professionals and those that have bees in their property so we have a copy that can be found here
Pest management alliance code of practice Relating to the Control of Bees

There are a few paragraphs that are very relevant.

It initially starts out explaining why the use of an insecticide or poison on a honey bee nest is absolutely a last resort solution and what they consider to be the risks. They have unfortunately missed out on what maybe most pertinent to the home owner, who not realising the consequences will be more likely to employ a cowboy pest controller to get rid of bees or even a well meaning not so knowledgeable beekeeper.

Having poisoned a bee nest in a property their will still be a mass of toxic rotting larvae and bees mixed in with fermenting uncapped honey hopefully all kept in place with wax comb that in turn will be attractive and susceptible to wax moth, carpet beetle, clothes moth, ants and rodents at some point in the future, despite having been poisoned.

It does however highlight some of the benefits of removing and relocating bees correctly so protecting other bees from the insecticide, but again misses out on highlighting that bees poisoned in a property will if not sealed in correctly, immediately start spreading the poison into the environment carrying it to their food sources and depositing insecticide while picking up pollen, which will in turn affect other pollinators. Bear in mind that an insecticide does not have to kill outright for it to have detrimental long-term effects and that these effects can be caused by very small quantities of insecticide.

Very usefully it highlights the legislation that needs to be complied with when treating a honey bee nest with a poison.

On page 3 it can be seen clearly that it is a legal requirement according to the code of practice to seal of any possible gaps that may allow bees from other hives to rob the colony of poison covered stores.

On page 4 it states that only insecticides that are ‘Approved for Use’ may be used and that ideally products specifically mentioning ‘feral bees’ should be used.  Presumably products for flying insects can also be used.

Probably most importantly it states that other bees should be prevented from gaining access to colonies, pointing out that robing of a bee colony can begin well within a 12 hour period

On the final page it summarises

So to summarise, if you employ a man in a yellow van that specialises in wasps it can be fairly safe to say that most of these points are being ignored and that the treatment is being carried out illegally.

But by the same hand year after year we see well known National Pest Control companies doing exactly the same, hopefully as time passes we will be seeing fewer of these incidents occuring.

Far better to employ someone that understands the law and the regulations, who specialises in working with honey bees and actually knows what they are talking about?

You don’t need twenty guesses on why I thought it necessary to write this page.

This site uses Akismet to reduce spam. Learn how your comment data is processed.