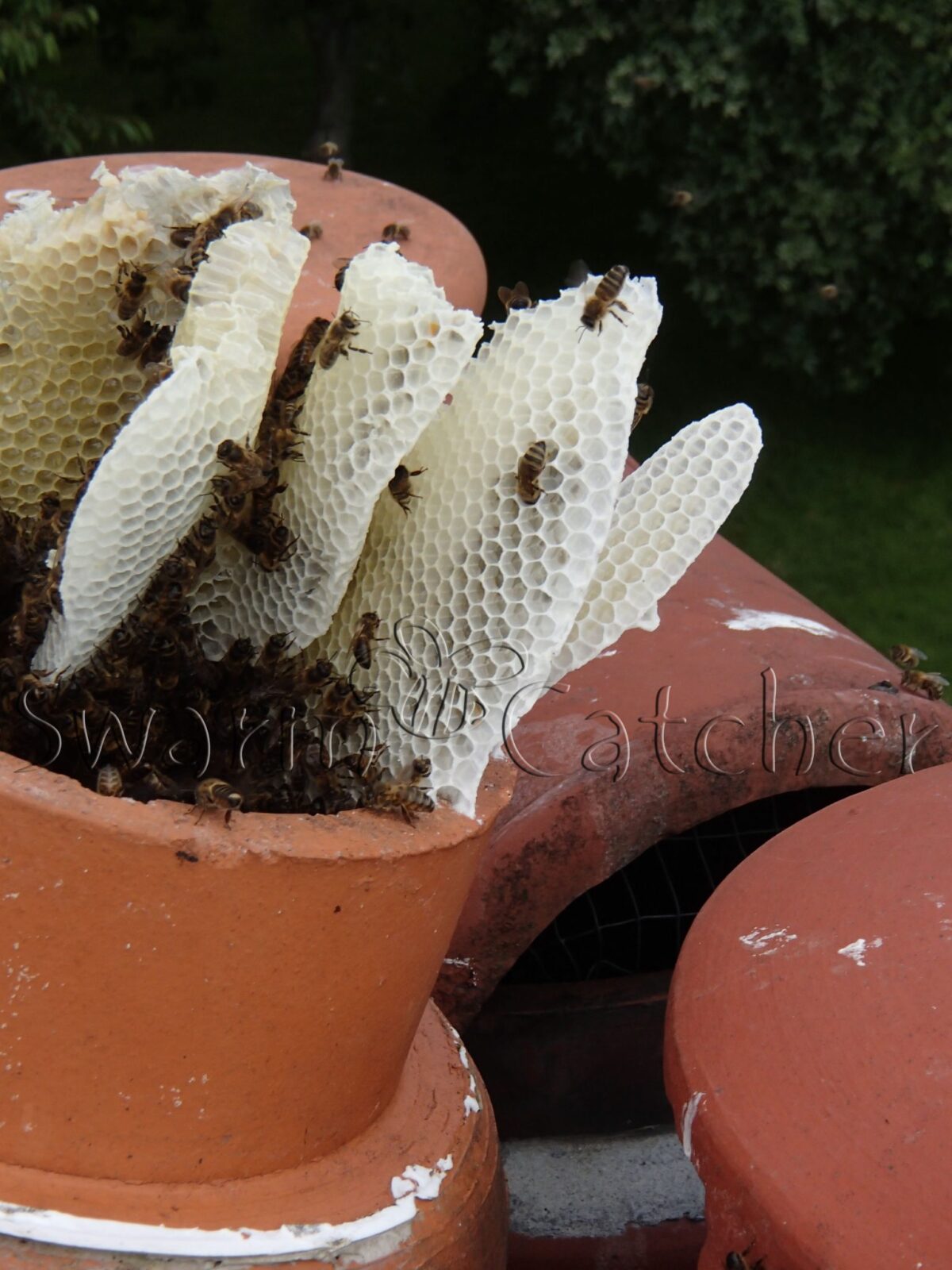 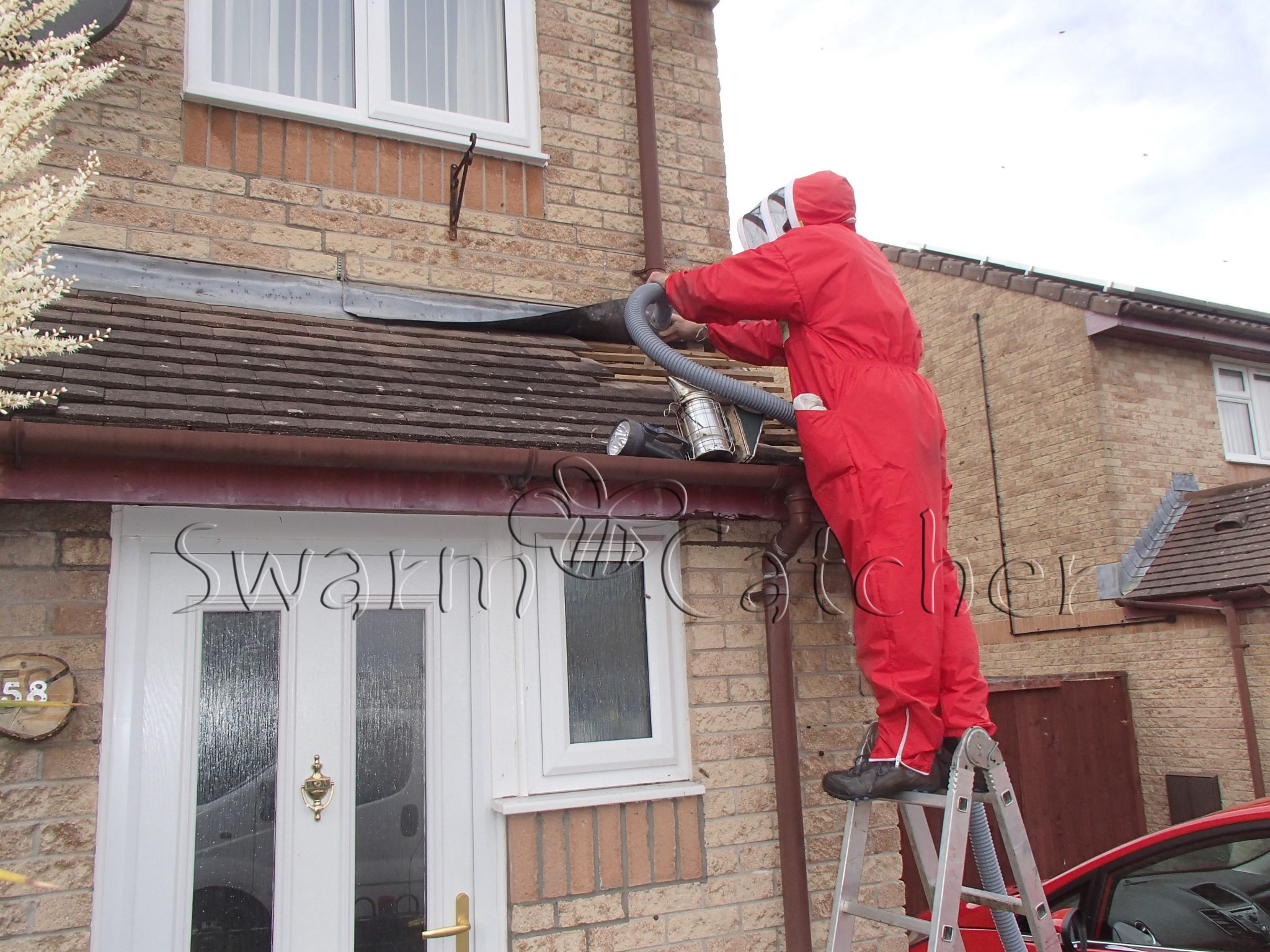 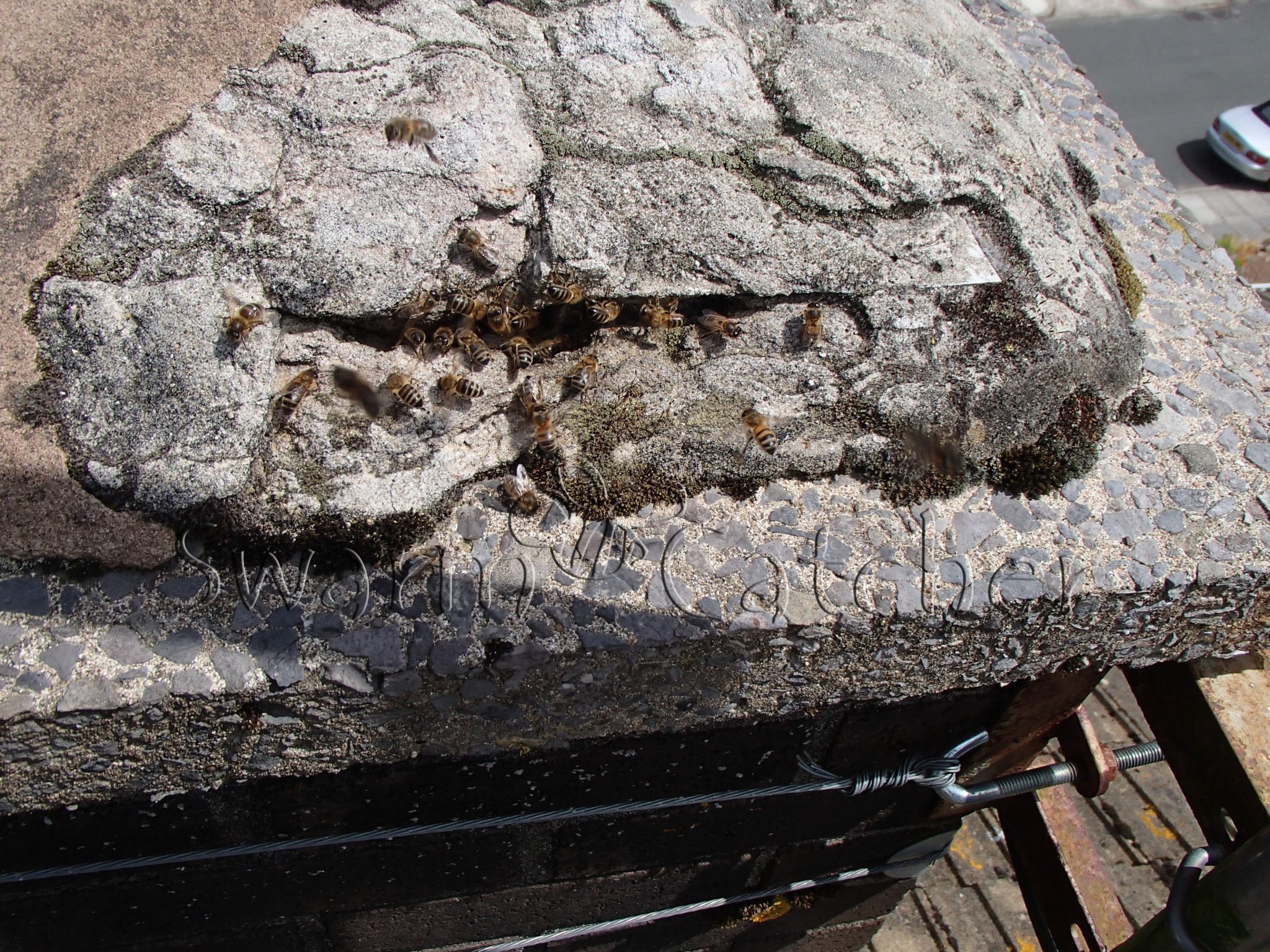 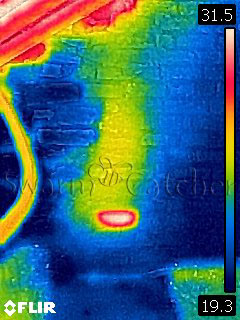 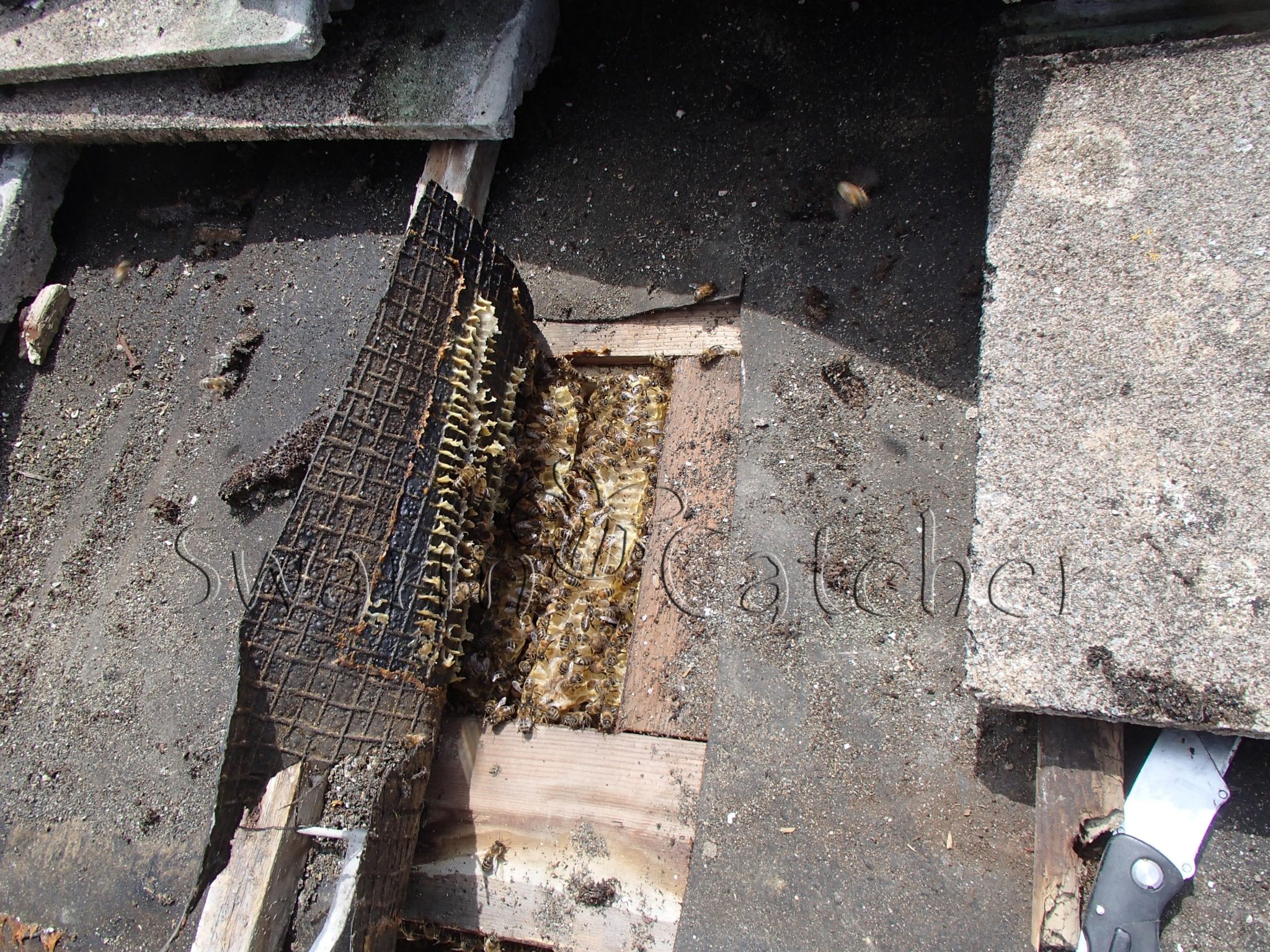 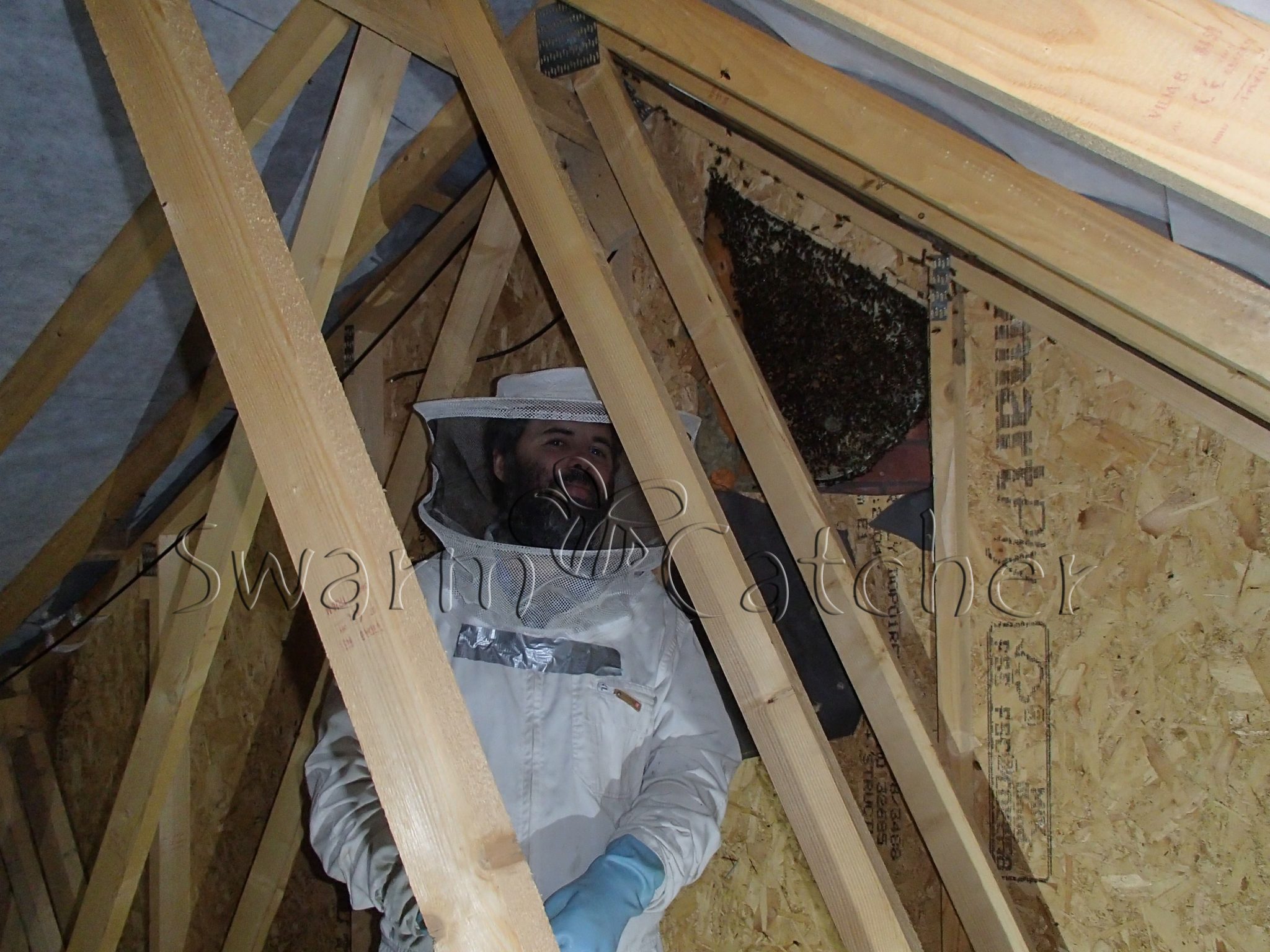 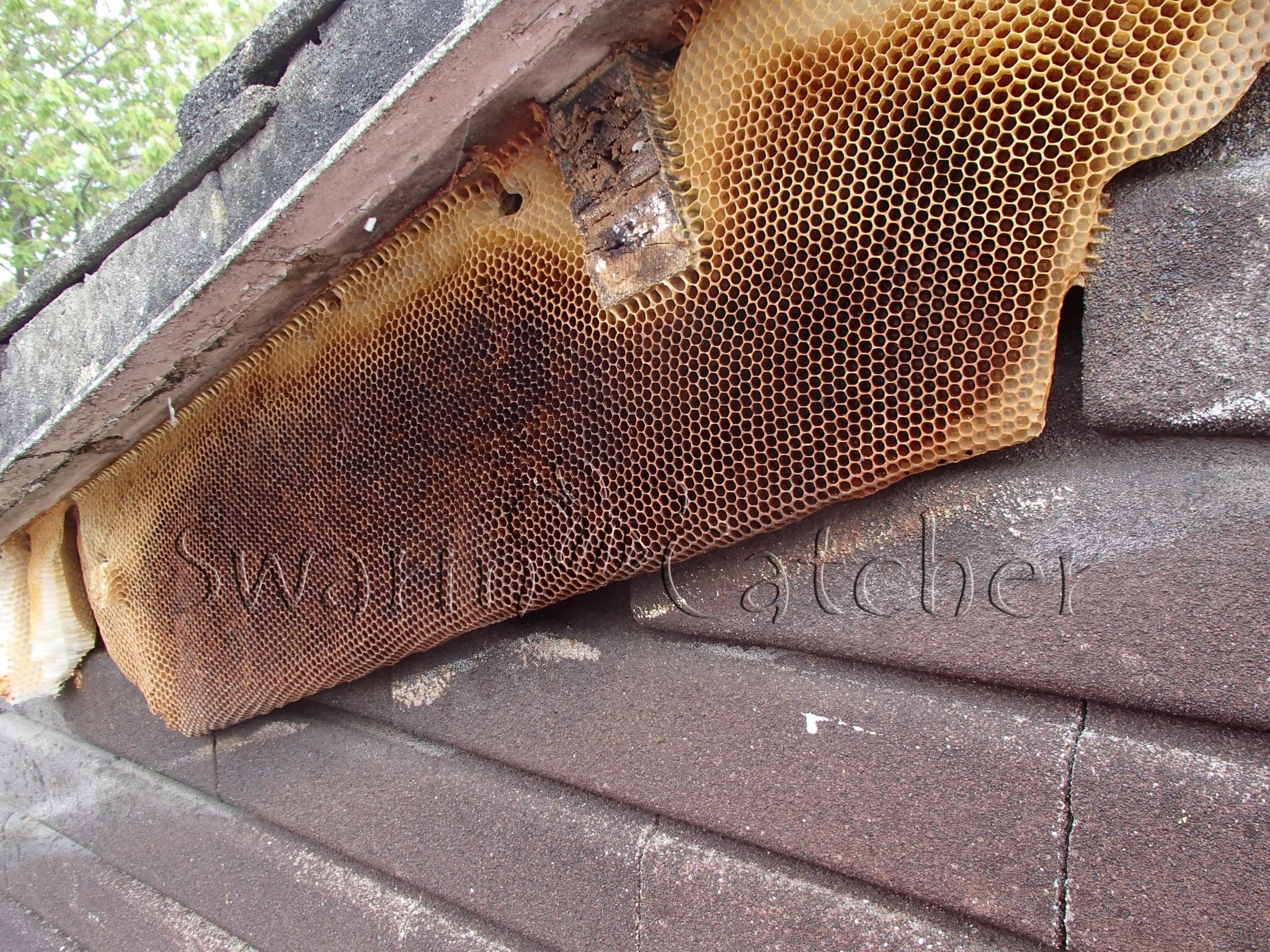 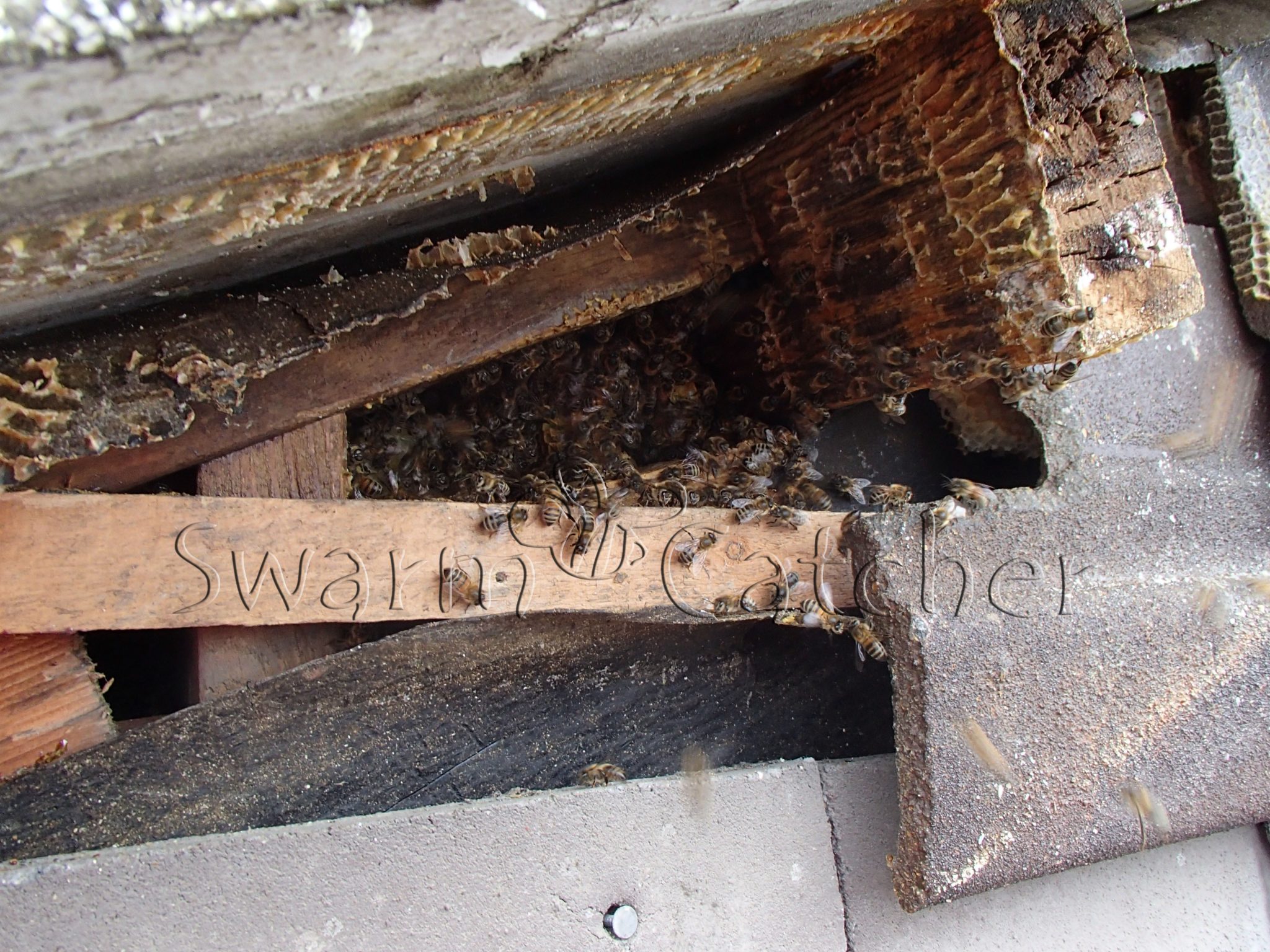 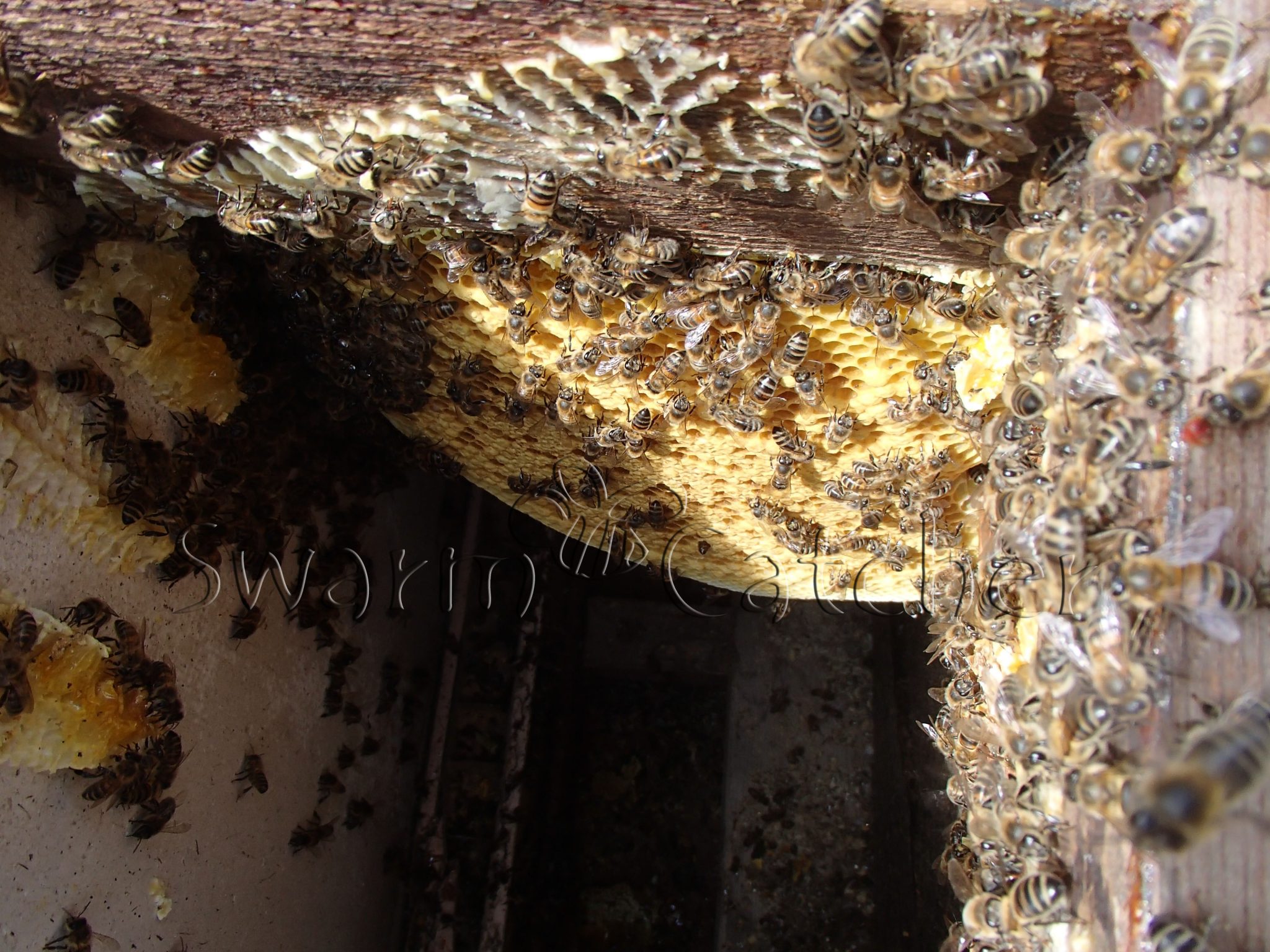 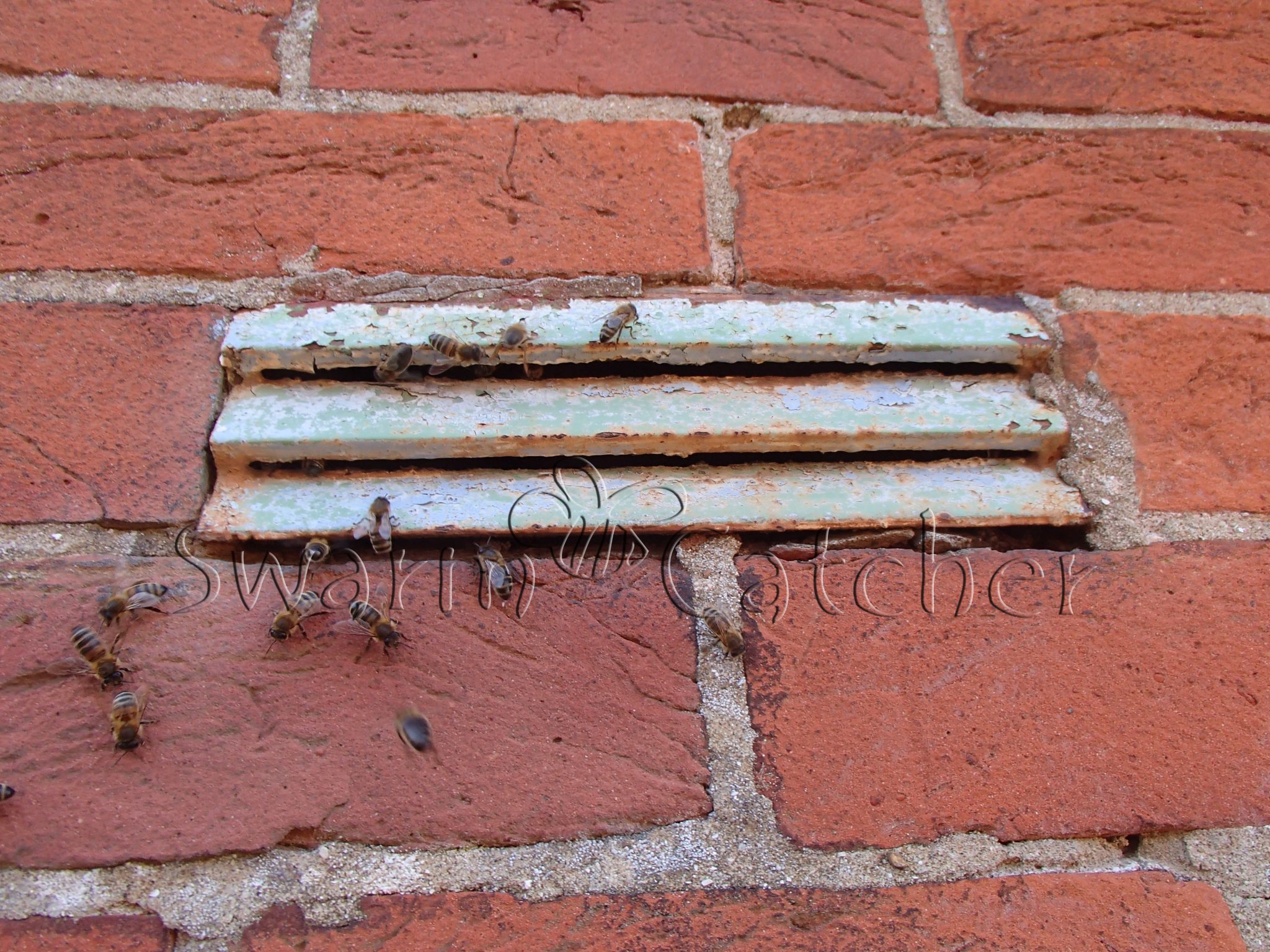 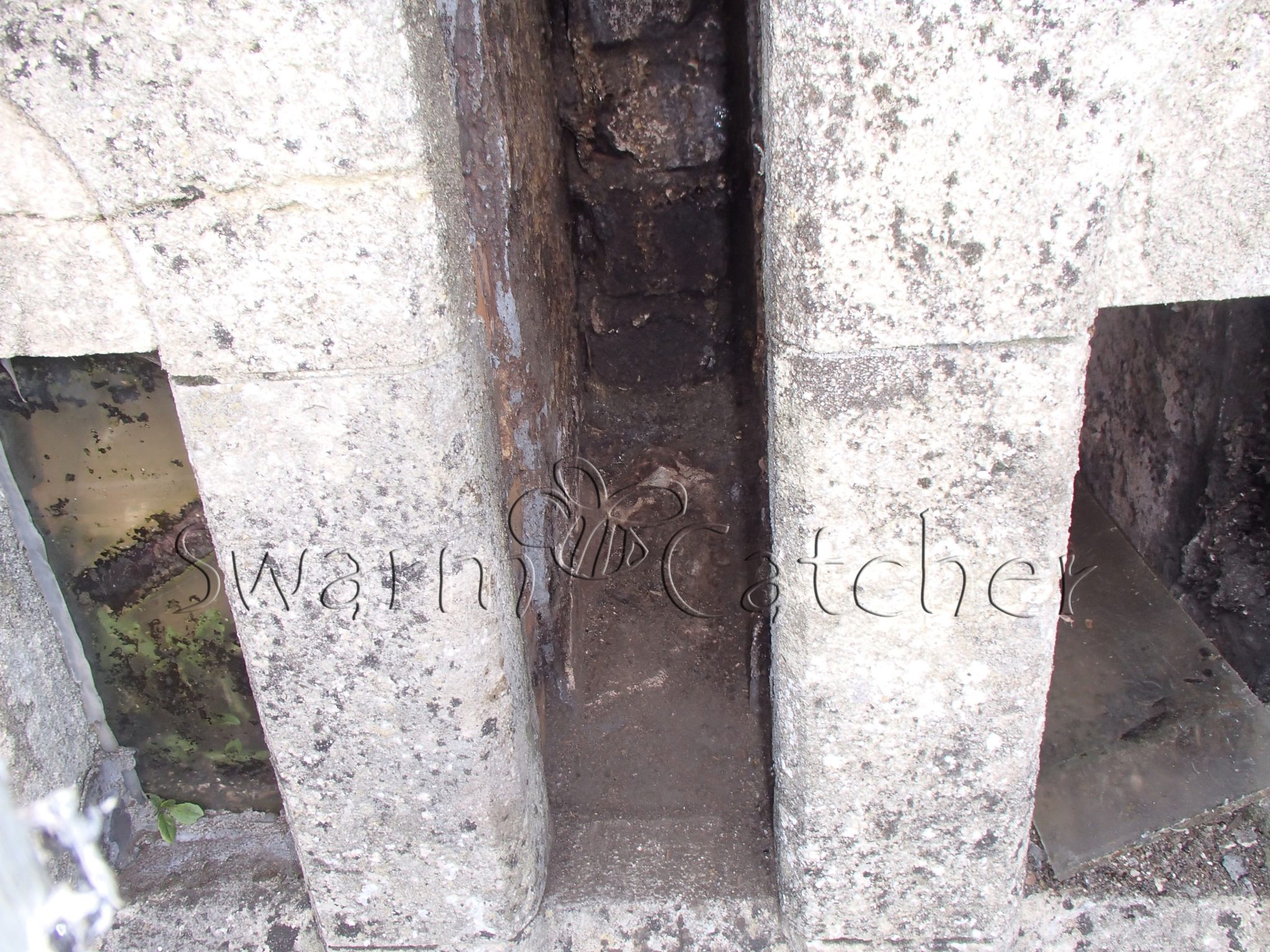 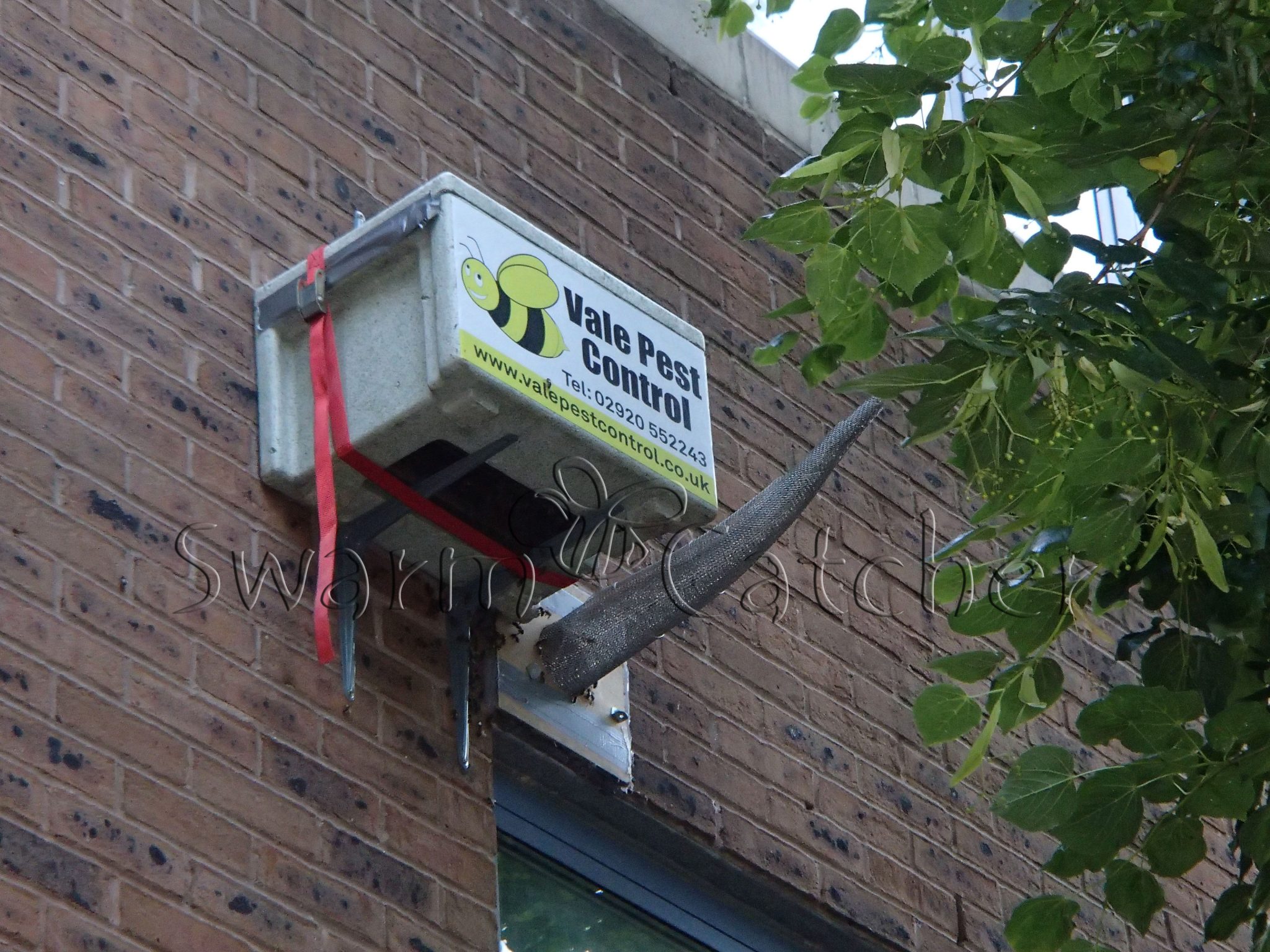 I have never used the term honey bee nest or honey bee nest removal before today (April 2016).
Why you might ask – well interestingly when I sat down to write this page I intended to start of by explaining that honey bees don’t use nests. How wrong could I be? In fact according to Wikipedia honey bees do have nests.

We all know that beekeepers keep honey bees in beehives – an enclosed structure, historically made of wood, though many of us these days have moved to using polystyrene (these hives are becoming more and more popular because of the better thermal qualities available, as compared to the thin single wall expensive wooden hives. In our apiary (bee yard) all our nuc boxes which we use to collect the young bees and brood in when we carry out a honey bee nest removal are made of polystyrene these days.

According to Wikipedia the word beehive is commonly used to describe the nest of any bee colony, but scientific and professional literature distinguishes nest from hive:

Previous to today I had always described bees in a purposefully built structure as being in a hive, and where they had taken up residence in some other place as being a feral bee colony.

According to Wikipedia feral is living in the wild but descended from domesticated individuals. So I’ve not always been totally wrong, but I now feel a lot better about writing about bee nests gor SEO optimisation than I did before starting this post.
Honey bees can use caves, rock cavities and hollow trees as natural nesting sites. We don’t have many places like this available for the honey bees in the UK so instead the bees are far more likely to occupy spaces such as chimneys, soffits, roofs and wall cavities. I have written a page on ‘Why honey bees like chimneys‘ so much.

The more I think about it the more it makes sense to describe what we do as being bee nest removal rather than bee colony removal. Carrying out a bee colony removal & relocation really only indicates the removal of all the bees, but bee nest removal and relocation indicates the removal of the whole lot, the bees, the comb and the honey.

A honey bee nest is composed of multiple honeycombs, parallel to each other, with a relatively uniform bee space between the honeycombs – we see this wherever honey bees build comb. They don’t tend to build these as straight lines, they often have curves included, and will be built out from a corner, running diagonally across a structures space. Presumably this is so that they can get get good building block integrity.

It doesn’t really matter what one calls it, a honey bee nest or a bee colony or even hive, we simply carry out live honey bee nest removal from wherever unwanted bees are located and building comb.

They say that honey bees tend to prefer nest cavities approximately 45 litres in volume and avoid spaces smaller than 10 litres or larger than 100 litres. To be honest we often come across honey bee nests larger than this. Just last week (May 2018) we removed and relocated a honey bee nest in a chimney that was approximately 2.1 metres in height and was taking up the full floor space across a 10″ x 9″ chimney flue. This equates to 122 litres, and there was plenty of opportunity for the nest to expand downwards. In fact seeing them in a structure like this really highlights the sense of beekeeping systems like Warre.

When I first started keeping bees I used this system, as I didn’t need to fork out for pre-cut hive parts, but with the work we do today it makes far more sense for us to use the British standard national hive system.

Where do these honey bees come from

I’m not going to discuss the various genetics of honey bees here, especially as these days we never see the native UK honey bee (small dark bees), due to all the importation of bees from various parts of the world all we have are mongrel bees.

Often we get asked why, why me?

Well its not personal but if you have not carried out the much needed maintenance on your chimney, sofit or filled in those holes in your wall you are running a good chance of being selected as a new home for a bee swarm. The honey bees just don’t have nearly as many natural locations to nest in. This has been discussed in ‘Why honey bees like chimneys‘, which along with the abundance of people that have taken up beekeeping as a new hobby that don’t quite get as much time to look after the bees as is needed has led to far more swarms than there ever used to be.

In the past the only times that we have referred to a bee nests is when we have been talking about bumblebees, in particular the Tree Bumble bee, which we also usually remove and re-home. We do this because despite them being a recent (last 15 to 20 years) newcomer from Europe to our country they are considered to be a beneficial insect by those in the know (personally I have my doubts and think they will soon be treated as an invasive species). In the meantime we tend to remove them and re-home them as in our experience they can become very nasty and aggressive at certain points during their nest cycle.

For further information on bee removal and relocation please use the contact form in the side bar or message button below, or CALL 02922 401649 to speak to someone local who knows all about it.

If you are looking for information on removing bees from a chimney check out our article ‘Honey bees in chimney‘, or if you repeatedly have bee swarms take up home in your chimney you may want to look at our page ‘Why honey bees like chimneys‘. Having read that you may want to look at our article ‘Everything you need to consider when removing bees in a chimney‘ which is a fairly extensive overview.

Our honey bee loving Specialist is waiting for you!